Friday saw the release of Disney’s 55th animation Zootropolis, and I was lucky enough to attend an advance screening. It is an insightful tale of determination and self-belief, or so I thought from the trailer. Turns out Disney have done it again, and created an extraordinary production highlighting issues from around the globe.

Judy Hopps (voiced by Ginnifer Goodwin), a rabbit from Bunny Burrows has a dream of becoming the first rabbit police officer. Once she has completed her training, she gets assigned to the police department of Savannah central in the city of Zootropolis. A buzzing city where both predators and prey co-exist. Judy has ambitions of making the world a better place, but on her first day at the Police department, she is assigned the safest and most monotonous position on the force, parking duty. With the rest of the force on a missing mammals case Judy is determined to prove herself, but she cannot do it alone. Its then she meets Nick Wilde (voiced by Jason Bateman) a fox and cunning con artist. The duo develop an unlikely friendship and work together to solve the case of the missing mammals. In the city of Zootropolis 90% of the population is prey, which means the outsiders are the predators. And coincidently the predators make up all the missing mammals of Zootropolis. Judy not only has to find these animals but solve the mystery as to why it is only predators that are disappearing.

Disney has always been a platform to pull apart current affairs and social issues in order to create an eye opening tales suitable for children. The underlying theme of Zootropolis is inclusion, equality and acceptance. In this day and age, discrimination and stereotyping ought not to be an issue. Yet certain world leaders and presidential candidates (not naming any names), seem to feel other wise. We are all unique and that must be celebrated, even if you’re a fox with the dream of being a boy scout, or a rabbit with the dream of being a police officer, lets reject negativity and be supportive of others not allowing for stereotyping against size, nationality or DNA. With such a deep subject matter Disney still works its magic to create a light-hearted, comical tale taking influence from few classic films such The Godfather and Godzilla, not only do they reference old films they also include cameos of their previous work, known as easter eggs. There is an easter egg in the image below, see if you can spot it.(clue: These animals never forget)

The animation its self is mind blowing, full of colour, depth and texture. You find yourself assigning animals to buildings, and you can even imagine the animals them self building this highly complex metropolis. The city consists of places such as Sahara square and rainforest district. Both intricately designed with influence from the sahara desert, and rainforests across the world. The rainforest district contains over five hundred thousand trees, and has constant rain fall, can you imagine the time and patience that took? The in-depth research and precision on the setting alone is one of a very high caliber. Not only is the scenery incredible but the characterisation of each animal is so cleverly created, each animal has been studied over long periods of time, taking apart their character traits in order to place them in certain jobs and speak in particular ways.  A sure crowd favourite were the sloths at the DMV (Department of Mammal Vehicles). One sloth in particular ironically called Flash has been developed so well, it turns out that Disney story artist Raymond Percy recorded a temporary voice track for Flash, the film makers loved it so much that they decided to keep it in the final film. This seems to happen a lot at Disney I would love to see it happen first hand one day.

Directed by Byron Howard(Tangled, Bolt) and Rich Moore(Wreck it Ralph). A screenplay by Jared Bush and Phil Johnston  and staring additional vocal talents from the likes of Idris Elba, Octavia Spencer, JK Simmons and Shakira. with such a pool of talent behind this film it is no wonder that this film is set to be one of Disney’s most successful movies to date. No doubt I’ll definitely end up watching this film over and over again.

Zootropolis is witty, innovative and eye opening. A definite watch. 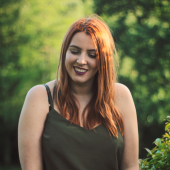 Shayna is a British Theatre usher and freelance, Writer, Director and Editor. She is a Film and TV production graduate and Arts enthusiast, using Milksblog as a platform to express her views on entertainment