Why Teach Black History for Preschool Children? What a year 2020 has been. We’ve had all sorts going on but one of the positives that’s come out of everything is that more people have realised we need to teach Black History for Preschool children as much as other age groups. If we are to change to world we live in and make it a place where all races can live...
Read More

Alex Alligator & Friends - The Magic Map Storytime Live Sunday 9th August Hey Folks today I hosted a very special Storytime Live on my facebook and Instagram channels. I read Alex Alligator & friends - ‘The Magic Map’ by Sarah Moller and Illustrated by Jo De Ruiter. I was really happy to be able to read this story as I have seen it grow from an idea into a...
Read More

Why we must talk to children about #BlackLivesMatter On the 25th of May 2020 George Floyd was killed by a police officer in broad daylight. Another senseless murder of a member of the black community, it sparked a chain of events that caused people to take notice. It caused people to think about the racism black people have suffered. It has added fuel to the Black Lives Matter movement and...
Read More

Why Dad Chats Live? At Dadvengers we are eager create a network and form a sense of community and 'Dad Chats Live' will help us do that. It will a place where dads and all parents can talk and share views on the world of parenting. No topic will be to big and no topic too small. Your kids may not be born yet or they may be grandparents. It...
Read More

Nigel Clarke is a British TV Presenter known for his work on CBBC, Disney Channel and Nickelodeon, his energetic and friendly style appeals to all ages. In addition he is also a senior cast member in the hugely successful stage show STOMP, and was part of the original London cast.

Born and raised in London to West Indian Parents, Nigel is a rare find. Talented in a number of areas including Presenting, Dance, Music, and Sport, Nigel has crammed a great deal into his 17years as a British TV Presenter. After leaving Nickelodeon in 2004 where he was one of their most popular presenters for 2 years, he was seen co-presenting both series of the RTS award winning show No Girls Allowed. Broadcast live every Saturday morning on Five, the show featured fast cars, bikes, sports and boys toys!

A wide variety of programs

Since then Nigel has presented many programmes including Dance Factory, Clutter Nutters, Sportsround and Totally Rubbish for BBC. Toonattik for GMTV, Unlimited for facebook, Skillicious for ITV, My Camp Rock for Disney, and Rat Race Urban Adventure for Channel 4. He even hosted the red carpet and backstage interviews at the Childrens BAFTAS 2011. The Nigel Clarke Showreel can be seen here and contains lots of clips from the aforementioned shows. Most recently he has made a series of behind the scenes programmes for the latest Disney releases. Make sure you check them out on the Nigel Clarke Videos Page.

Nigel has a wealth of experience and has shown himself to be a natural presenter. He is comfortable interviewing stars, vox popping with members of the public, presenting live in the studio and on location, and interacting with his co-presenters.

As well as being a British Tv Presenter, Nigel also performs in the hugely successful percussion show STOMP. Both in the West End and on Tour. This has enabled him to perform at events such as the Olympics Closing Ceremony 2012, Live at the Palladium, The Royal Variety Performance, The World Music Awards and many more.

Don’t forget to keep up to date with his most recent activities by checking out the Nigel Clarke Blog, And if you need to get in touch with him please go to the Contact Nigel page. 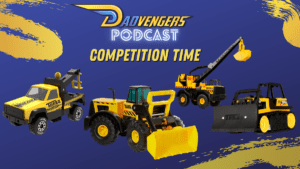